ABOUT ARMISTICE
IN CAMBRIDGE

Historically important battles are re-enacted and as many as 100 military vehicles from the last century are on display and move in a daily parade.

There are over 20 interactive activities available for ‘kids’ of all ages to participate in. These include archery, target shooting with Airsoft taggers, World War Two jeep rides, driving an RC tank and an obstacle course. We firmly believe that to learn about our military history, you must interact with it.

Militaria in the form of medals, uniforms and badges are for sale, or you may wish to bring those of your grandparents for identification.

Two action-packed days of fun for the whole family. 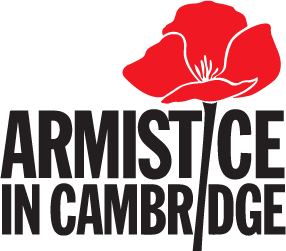 Armistice in Cambridge Incorporated is a not-for-profit group, based in the town of Cambridge. Operating since 2000, the event and organisation has grown substantially over this time.  It is run by an elected volunteer committee of military historians and enthusiasts, all committed to ensuring that the event is a success and will be so for many years to come.

It was therefore decided, that a special service should be held at the Cambridge Cenotaph to commemorate Armistice Day, and highlight the link with Le Quesnoy, whilst remembering all those New Zealanders who not only served and died in the First World War, but all conflicts. 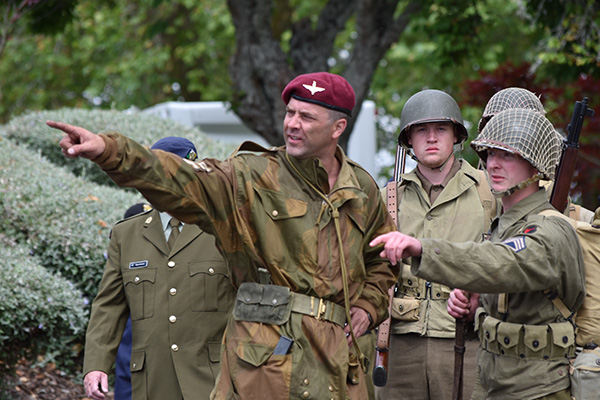 If you are interested in becoming a sponsor or an exhibitor for this event, please visit our Sponsor Info or Exhibitor Info pages, or contact us here. 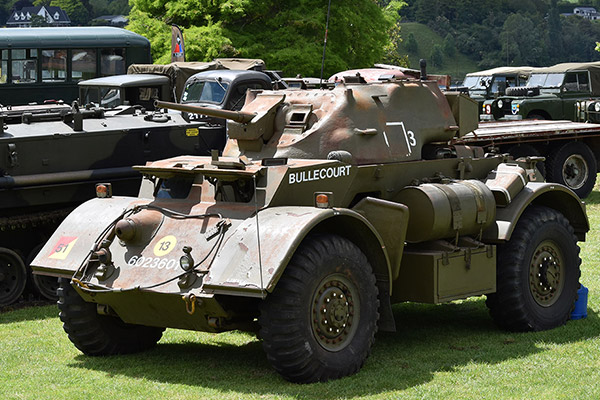 Featuring over 100 historic military vehicles including several artillery pieces.  Some of the vehicles participate in the battle re-enactments and most will drive in the daily vehicle parade. 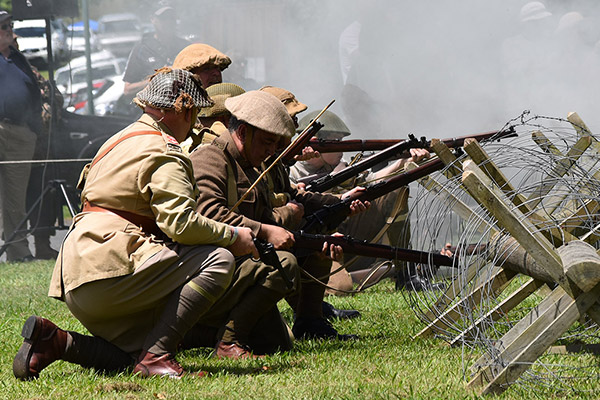 Famous battle re-enactments are staged on both days of the event.  This year see elements of the Battle of Monte Cassino, D-Day, the little-known Russian Revolution, as well as the Romans and Norse. 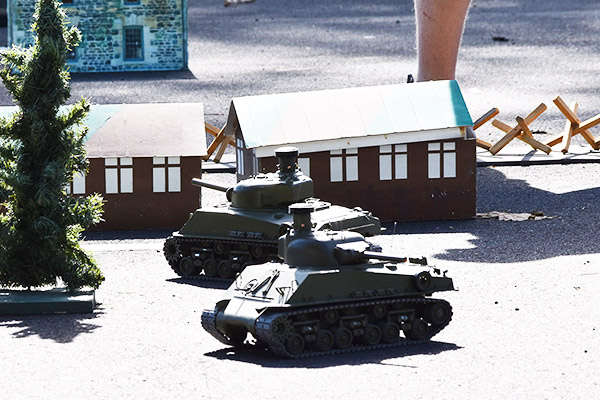 With a host of family friendly activities available, there is something to keep everyone entertained.  Kids (of all ages) can win a medal by completing 7 of the 20 interactive kids activities listed on your event program.

There are plenty of militaria markets to browse and buy from, including a range of onsite food and beverage stalls as well as a tasty selection of food from Podium Cafe.

Armistice Day marked the end of the First World War, with the signing of the peace agreement (or armistice) on the 11th of November 1918. It is commemorated every November 11th around the world, and is also known in some countries as Remembrance Day, or if held on the closest Sunday to the date, Remembrance Sunday.

Not many places in New Zealand mark this day with much accord, simply because we have our own special day or remembrance for our war dead, ANZAC Day on April 25th. However, Cambridge has revived the tradition and we celebrate both important days, ANZAC Day and Armistice Day.

Here in Cambridge, the special commemoration is marked on the closest Sunday to the 11th of November each year. The next upcoming weekend-long Armistice in Cambridge event falls on the 11th & 12th November 2017.

From small beginnings, Armistice in Cambridge has grown to become a big affair. As well as the commemorative service to formally remember those who served in New Zealand’s Armed Forces, there is now a large scale educational aspect to the event.

Groups from all across the country bring military vehicles, weaponry, aircraft, museum collections and uniforms, to demonstrate to the public, especially the younger generations, just what it was we are remembering. Each year, battles in which New Zealander’s fought, are recreated on a small scale by very professional re-enactment organisations, not to glorify war, but to bring to life, this Country’s was stories that we can usually only read about.

There are military vehicle parades and handling demonstrations, aerial displays by warbird aircraft, firing demonstrations of weapons, static displays from collections, groups and museums across New Zealand, military model displays and competitions, and even the chance to purchase military collectables.

This is all designed to allow those who have never suffered the horrors of war, to gain a little understanding of what is was all about. After all, there is no point in saying we’ll remember our war dead and what they did, unless we actually have some knowledge of what we are remembering.

As well as the Saturday and Sunday public events at the Mighty River Domain, Lake Karapiro, which hosts a multitude of activities, there is also the all important Commemoration Service at the Cambridge Cenotaph on Sunday morning.

Armistice in Cambridge is planned to be interesting to all of the family, and there is something there for everyone to see and be entertained by. It’s not all just warlike recreations and education about our war heroes.

Keep an eye on the news page of this website for updates as to what will be happening at upcoming events.

Cambridge has produced and been home to many war heroes over the years and has a proud military tradition. In fact, the town was established by the military in 1864 as the last outpost of the British Army on the edge of the frontier, during the New Zealand land wars. In those times, when the town was established around the Ten Star Redoubt, it was home to no less a hero than New Zealand’s first Victoria Cross winner, Captain Edward Heaphy VC.

The first war in which Cambridge men left to fight abroad was the Boer War in South Africa. Little is known of their exploits, but two names appear on the war memorial at Hautapu Cemetery for Cambridge district men who did not return, and several others took part and came home.

In the First World War, almost every family in Cambridge was touched by the tragedy of war, with sons and brothers leaving to fight half a world away, not to forget several Cambridge girls who became nurses and took part in other roles. Many hundreds from the town were involved in those great land battles of that awful four year long conflict.

Cambridge men were there at ANZAC Cove in the Dardanelles on the 25th of April 1915. Six Cambridge men left boats to step ashore at Gallipoli on that fateful day. Two were killed on the beach. Many more men of the district followed them into battle at Gallipoli, and later in other parts of the Middle East, and into Europe. There were even Cambridge men in the first WWI action by New Zealanders, the taking of Samoa.

Cambridge was once again, the site of military encampment in WWI too, with the Fort Street drill hall being much used to train local territorials and a major training camp was established at Hautapu, just north of Cambridge. The Sanatorium on Maungakawa Hill, just east of Cambridge, was the site of a hospital and recuperation centre for ill soldiers and victims of gas exposure.

As well as on the ground, Cambridge men were fighting at sea in the Royal Navy and also in the air. One Cambridge pilot, Allan Veale, was killed. Another, Keith ‘Grid’ Caldwell, would go on to become one of New Zealand’s highest scoring aces of the Great War, and later he rose to high rank in the RNZAF.

Keith Caldwell was not Cambridge’s only air ace. In WWII, two more local boys became aces (A term bestowed on pilots who shot down five or more enemy aircraft). David Livingstone lived in Cambridge for ten years in his younger days, attending Cambridge Primary and High Schools. He went on to fly Kittyhawks and Spitfires and achieved the ace status doing so. Edward ‘Bill’ Wells was born and bred in Cambridge and as a renowned Spitfire ace he lead, among others, the New Zealand Spitfire Squadron, No. 485(NZ) Squadron.

Cambridge had many other significant airmen, Roy Calvert won three DFC’s, Ken Law flew a burning Wellington bomber home to Britain and saved his crew, despite most of the aircraft’s skin being burnt off the aircraft.

Cambridge produced many fine soldiers too in the Second World War, and the town was represented across the globe by men who fought in North Africa, Italy, South East Asia and the Pacific. A number of Cambridge men also served in the Royal Navy and the Royal New Zealand Navy. Six men from Cambridge were aboard HMS Achilles during the Battle of the River Plate in 1939 when the German pocket battleship Graf Spee was defeated. One of them, Archie Shaw, was killed in the battle.

And again, Cambridge was the site of an army training camp for New Zealand soldiers, situated at the Cambridge Racecourse in Taylor Street. As well as training, in the summers of 1943 and 1944, hundreds of soldiers were posted there to take part in vital harvest operations, as there was not enough civil manpower to handle the harvesting of the Waikato crops. There was a secret RNZAF fuel installation also at Cambridge. And Cambridge farmers produced vital milk, meat and wool for the war effort, while an Army unit was stationed to guard diary factories and the Karapiro Dam which was then under construction.

Since 1945, hundreds of Cambridge men and women have continued to serve in New Zealand’s Armed Forces, and Cambridge men have fought on many battlefields. New Zealand’s only soldier to be captured as a Prisoner of War in the Korean War, was from Cambridge. Others served in Korea, Borneo, Malaya, the Vietnam War, the Gulf War and East Timor. They have served in all three services, as well as defending New Zealand during peacetime as regulars and territorials.

So, Cambridge is indeed a fitting place to pause for q weekend and remember our military past. Not just those who died in the service of their country, but also those who have served and continue to serve, to keep New Zealand safe.